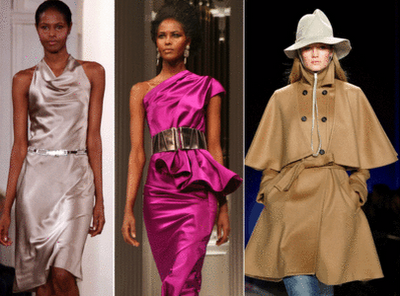 FASHION - Fashion designers from all over the world are clambering to establish themselves as Michelle-Obama-esque.

Michelle Obama doesn't attend fashion shows, but she is all over the runways in New York, Paris, London and Madrid. Some of the most established and renowned names in American fashion – Oscar de la Renta, Calvin Klein, Tommy Hilfiger and Ralph Lauren – are all out to woo Michelle.

The Obama influence is enormous. Unlike Hollywood celebrities, Michelle Obama cannot be bought. She selects, purchases and wears what she likes. Every garment she wears is scrutinized, carefully copied and sets off a new fashion trend. 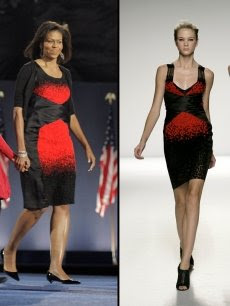 And its not just the fashion designers. Runways are now booking Michelle Obama look-a-likes as models.

Despite being the designer of past White House administrations, Oscar de la Renta has so far not found favour with Mrs. Obama. In his Fall 2009 collection he hired more black models than usual and, with the soulful Marvin Gaye on the soundtrack, seems to be making a direct appeal to Michelle Obama and her fans.

Francisco Costa, a designer at Calvin Klein, is doing something similar. In his new Fall collection he focused on modernity and clarity, hallmarks of the new Washington gang. Likewise the soundtrack at Tommy Hilfiger's show was lyrics from the Soul II Soul song – Back to life, back to reality, back to the here and now – summed up the designer's take on the American recession. 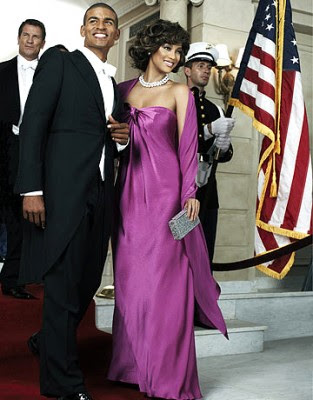 In the United States Ralph Lauren, the designer of quintessential Americana, stuck to his upper-crust look with patchwork tweeds, rich velvets, sumptuous Mongolian lamb coats, a hint of equestrian with soft jodhpur pants and lots of antique cream colours. Lauren evidently has ignored the recession and is sticking to the tried and true.

Fashion designers are survivors. They know that tough times will weed out the competition and the wise ones will be the ones left standing.

Even Tyra Banks has jumped on the Michelle Obama fashion bandwagon, seen right.