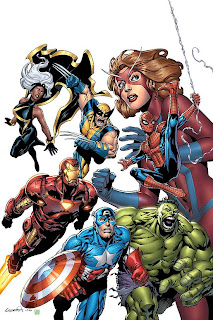 LOS ANGELES – The Walt Disney Co. said Monday it is buying Marvel Entertainment Inc. for US$4 billion in cash and stock, bringing characters like Iron Man and Spider-Man into the family of Mickey Mouse and WALL-E.

Under the deal, Disney will acquire ownership of 5,000 Marvel characters. Including the Fantastic Four and the X-Men, which were co-created by the comic book legend Stan Lee.

The acquisition, according to Analyst David Joyce of Miller Tabak&Co., will help Disney appeal to young men who have flocked to theatres to see Marvel's superheroes in recent years. That contrasts with Disney's recent successes among young women with such fare as "Hannah Montana" and the Jonas Brothers.

"It helps Disney add exposure to a young male demographic it had sort of lost some balance with," Joyce said, noting the $4 billion offer was at "full price."

Disney said Marvel shareholders will receive $30 per share in cash, plus 0.745 Disney shares for every Marvel share they own. That values each Marvel share at $50 based on Friday's closing stock prices.

Disney said the boards of both companies have approved the transaction, but it will require an antitrust review and the approval of Marvel shareholders. 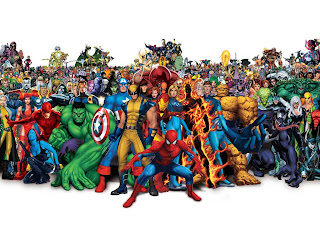 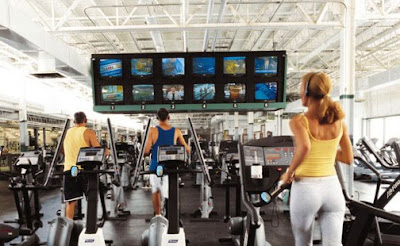 Not even the gym’s multiple television screens could distract Arianne Thompson from the drudgery of her cardio workout.

Bored, the 35-year-old would trudge along until the cooking shows and courtroom dramas grew unbearable, then call it a day.

“The channels they show, and the time of day that I work out, made for a really boring workout,” Thompson, a member of Gold’s Gym, wrote in an email.

A gym renovation last year gave her a much-needed jolt of motivation.

The new addition, dubbed the “cardio theatre,” has a cinema-size screen and rows of elliptical trainers, stationary bikes, and treadmills. In the darkened room, members watch movies while they sweat.

“When the movie is good or even tolerable, I get into it and become so absorbed that I don't notice I'm exercising,” wrote Thompson, who lives near Salt Lake City, Utah. “I can work out twice as long with half the pain and boredom when I work out to a movie than I can to the TV or music.”

About two-thirds of Canadians say lack of motivation is a reason for not exercising, according to 2007 data from the nonprofit Canadian Fitness and Lifestyle Research Institute.

As Nintendo’s Wii Fit got video game fans to move by turning exercise into play, more and more gyms are hoping gadgets and gizmos will lure less-than-enthusiastic exercisers. 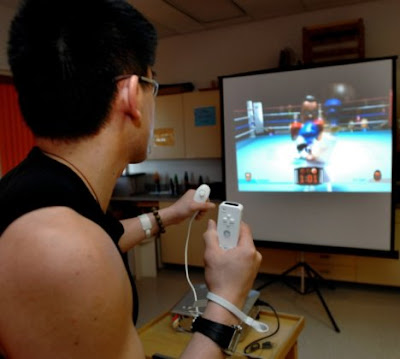 In the U.S., where “exertainment” is firmly entrenched, gyms are racing to install the latest tech toys, which experts say it won’t be long before Canada follows suit.

Nowadays, gyms “have to be in the tech game,” Florez says. “There’s this expectation from customers to have newer and cooler things.”

Cardio theatres, like the one Thompson uses, are multiplying. This spring, a new Gold’s Gym in London, Ont., opened one of the few cardio theatres this side of the border. The chain introduced similar facilities in the U.S. more than two years ago.

It takes from six to 18 months for American trends to move north, says Rod Macdonald, vice-president of Can-Fit-Pro, Canada’s largest certification body for fitness professionals. The latest technologies will be showcased in Toronto this month, at the International Fitness and Club Business Conference and Trade Show.

But while everyone loves a “shiny new toy,” gym owners and members shouldn’t expect miracles from technology, Macdonald warns.

“Typically, technology doesn’t attract people into clubs,” he says, because customers only see it once they’re already inside. And anything too complicated could turn people off, he adds, noting that many ignore the programmed functions on cardio machines. 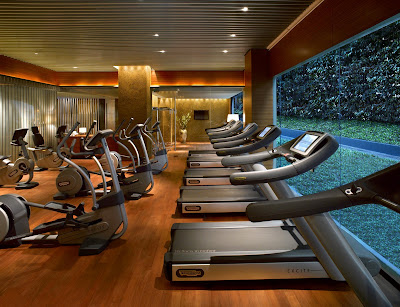 Meanwhile, exercisers engrossed in technology could tune out important physical cues, such as breathing and heart rate – the best measures of exercise intensity.

Thompson is quick to point out the pitfalls of cardio theatres.

“When you jog in the dark, staring to the side rather than straight ahead, you can lose your footing,” she says.

And gym-goers should prepare to endure uninspiring movies, she says, or worse – scary ones.

“Mostly I just deal with the issues, because the cardio theatre is so much more to my liking than any other cardio workout.”

Of course if you want the best results then the obvious solution is to hire a personal trainer.
No comments: 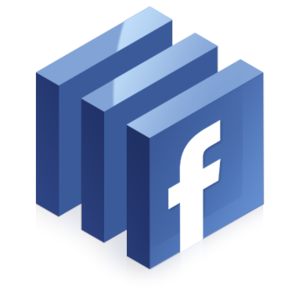 OTTAWA - Facebook has agreed to change some of its privacy policies over how much personal information it was keeping on file and sharing with third-party application developers. Changes, such as altering language in its privacy policy, will take place within the next month or so. More complicated technical changes will take up to a year.

"We are satisfied that with these changes Facebook is on the way to meeting the requirements of Canada's privacy law," federal privacy commissioner Jennifer Stoddart said this morning after revealing the popular social networking site has agreed to change the way it collects, stores and shares personal data within a year. "The privacy of people using the site, not only in Canada but around the world, will be far better protected.

"This is hugely significant," Stoddart continued. "Facebook has 12 million users in Canada alone - that is about a third of our population - and well more than 200 million users of Facebook worldwide. All those users will have a far clearer view of how they perceive information is being shared once Facebook implements our recommendations. They will also have far more control over what they are sharing and with whom."

"They shared with us as a common goal making the Internet more privacy-friendly for users around the world," Allan said in a conference call from London.

Stoddart released a scathing report last month that said Facebook violated Canadian privacy legislation by keeping the personal information of its millions of users around the world on file indefinitely even after they deactivate their accounts.

The in-depth investigation began when students at the Canadian Internet Policy and Public Interest Clinic at the University of Ottawa filed a complaint to the privacy commissioner identifying potential problems with Facebook's privacy policies and practices.

Stoddart had also criticized Facebook for sharing user information with third-party software developers - almost a million around the world - who create the popular applications like quizzes and games.

Facebook has agreed to retrofit its application platform so that developers cannot obtain any personal information without express consent from users for each of the categories it wants to access.

The company will also make it clear to users wishing to close their accounts that they have the choice between deactivation - which will allow Facebook to keep information on file - and deletion, which will erase all personal information from its database.

It will also update its privacy policy so that users can provide "meaningful consent" to letting Facebook keep their profile pages up after they die so that friends can post comments and pay tribute.

Information about the privacy of non-users will also be included.

Stoddart added that users must remember they are responsible for protecting their own privacy and urged them to read policies before signing up.

"Users must constantly bear in mind that once something is online, it's there for eternity," she said.
No comments: