POLITICS - There should be a law against trying to make a profit off a bad situation.

ie. Someone trying to take advantage of the recent earthquake in Haiti to sell a calendar and promote a TV show. 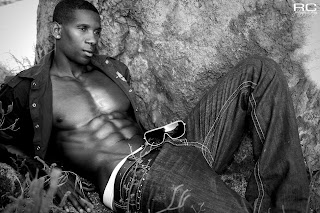 I received a spam from someone trying to promote the sale of Max "The Body" Philisaire calendars, claiming part of the proceeds will help people in Haiti. Really? When?

It takes time to transfer funds, by the time his calendars get sold and Max Philisaire actually cuts a cheque for the people in Haiti, by then international aid will have already arrived and done its job in helping the beleaguered people living there.

What the Haitian people need is immediate help. Not some lame "we'll send money later" scheme, which really only has one purpose and that is to extend the fame/reputation/wealth of Max Philisaire. Despicable.

Furthermore the same spam email also promoted Max's participation in an upcoming TV show called "Rupaul's Drag Race Season 2". In other words its more profiteerism. Nothing to do with helping Haiti at all.

And this is just one example. There are plenty of other people, companies and corporations trying to gouge the public right now for a few extra dollars and its questionable how much of that money will actually go to Haiti quickly enough to make any difference.

Wyclef Jean's charity Yele Haiti Foundation is currently under financial scrutiny because apparently its been operating on a "for profit" basis for many years now, without the musician's knowledge.

Now not everybody is trying to make a profit off the situation. Google and Microsoft have stepped forward just plain giving immediate cash to be spent on food, medicine and relief supplies.

But Apple on the other hand is offering people a way to donate via iTunes, but is refusing to say whether its taking a cut. Shame on Apple!

A lot of cell phone companies have also offered ways to donate by texting "Haiti" to specific numbers, but its questionable how much of that money will actually be sent as relief aid to Haiti.

Worse, telemarketers are now cashing in on Haiti. The situation is so bad in the USA politicians are warning people to watch out for scams using the following tips:

1. Don’t respond to unsolicited e-mails and text messages asking you to donate.
2. Watch out for pushy telemarketers.
3. Don’t give cash over the phone.
4. Protect your personal information.

If you want to donate to Haiti's relief effort I recommend doing your research on the individual charity to make sure what you're sending will actually go to helping people and won't be lining the pockets of bankers or businessmen. Or anybody else who would so greedily try to take advantage of such a catastrophe.

If you are looking for the most reputable organization I recommend The Red Cross.
3 comments: