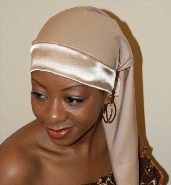 I didn't start covering my hair at night until my early teens. My hair was relaxed at the time and I would use an old pair of stockings with the legs cut off and the ends tied into a knot. Which over the years was switched in favor of a bandana and cotton ones at that. It wasn't until I went natural a few years ago that I discovered how bad that was for my hair.

Using a material such as cotton will suck the moisture out of your hair leaving your hair dry. Using cotton pillowcases also causes friction which can lead to excess breakage.

So while it is important to protect your hair by covering it while you sleep, it is also important to use a material that won't damage your hair. And you can achieve these two things, by wearing a satin/silk scarf or bonnet or by using satin/silk pillowcases. Which helps keep the moisture in your hair. It also causes less friction thereby decreasing breakage and therefore helping you retain length.

Covering your hair also keeps your hair neat lessening tangles in the mornings. Making it easier and more manageable saving you time in your morning routine. 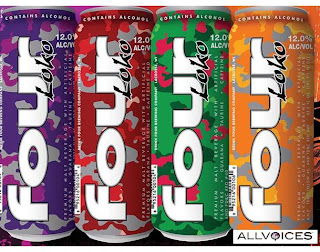 Four Loko is a high alcohol, high caffeine drink that can be found in many convenience stores. Each fruit punch-flavored 23.5-ounce can has about 2.82 ounces of alcohol and about 156 milligrams of caffeine.

Four states have banned Four Loko after dozens of students have been hospitalized after drinking the energy drink.

New York Sen. Charles Schumer's office is reporting that the U.S. Food and Drug Administration is set to rule as early as today that the drink is unsafe and may be banned.

The makers of the drink, Chicago-based Phusion Projects announced it would reformulate its products to remove caffeine, guarana and taurine nationwide.

The three said that the combination of alcohol and caffeine is safe.

"If it were unsafe, popular drinks like rum and colas or Irish coffees that have been consumed safely and responsibly for years would face the same scrutiny that our products have recently faced," they said.

The Food and Drug Administration and the Federal Trade Commission, are expected to warn manufacturers that adding caffeine to alcoholic drinks is not safe and will caution them against marketing such beverages, Sen. Charles Schumer, D-N.Y. said.

Doing so "will effectively ban products from the market," Schumer said.
No comments:

Tetris As A Treatment For PTSD 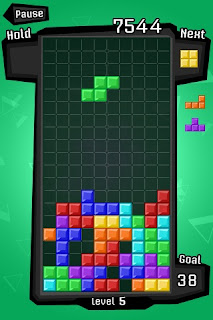 Tetris is not just for procrastination anymore. A new recent study from Oxford University shows playing Tetris a few hours after being exposed to trauma can help reduce symptoms associated with post-traumatic stress disorder.

Researchers found the block-dropping action-a visually oriented task will positively interfere with other visual (negative) memories. The research also shows the opposite is true—if you perform a verbal task such as playing a quiz game after a traumatic event, you'll likely experience more trauma flashbacks.

The study is based on two experiments with 60 participants.In the first experiment, participants watched a movie for 30 minutes that contained disturbing images such as scenes of injury and death. Then given a 10 minute break and split into three groups. 20 played Tetris, 20 played a game called Pub Quiz and the final 20 sat and did nothing.

The second experiment extended the time spent watching the movie from 30 minutes to 4 hours. After watching the film, Tetris players were still found to experience fewer flashbacks than any other group.
No comments: