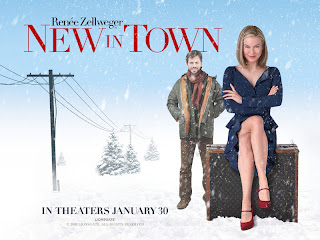 A funny thing happened to the movie New in Town on the way to your local multiplex: Angela Bassett morphed into Gabrielle Union, who then became Renée Zellweger.

This is not entirely shocking. "Colorblind" casting has been around for a while. Remember that the drill sergeant in An Officer and a Gentleman was slated to go to a white actor, until Louis Gossett Jr. (who won an Academy Award for best supporting actor) read for the part. Sylvester Stallone was supposed to play the not-by-the-book fuzz in Beverly Hills Cop, a role that went to Eddie Murphy, and the rest, as they say, is history.

But with this romantic comedy, which opens today and stars Zellweger and Harry Connick Jr., the lead was supposed to be a black actress and the writer had someone in mind from the very beginning. "I initially wanted Angela Bassett," says Kenneth Rance, the screenwriter. "I’m a big fan of her work. And Gabrielle Union was initially cast."

Rance, 38, who graduated from Howard University with a degree in film, based the story on a woman he met in his native Minneapolis over 16 years ago. "I was at the Riverview Supper Club where I see this fine woman — I mean this girl is fine — dancing like there’s no tomorrow. I bought her a drink— I knew she wasn’t from there."

"She was a quality control engineer at Kraft. We talked, exchanged numbers, and she would come to the city. It started off kinda platonic. She was dating a guy she thought she would marry, then she got the opportunity to be promoted to New Ulm and took the position in haste."

I thought, "That’s a movie." I wanted to do a movie on loneliness. I didn’t quite know what the story was, but I was like, "That’s a movie." I was at CBS in 1995 and the whole time I was thinking about the idea of being 32 and single. I was thinking, "Can a sister have it all?" I also wanted to examine if a sister could date a blue-collar guy and how that would work out. Monica Tate was her name and she would not give a brother the time of day. Stripped of pretension, she falls in love with a highway patrolman with two kids — he was a widower. 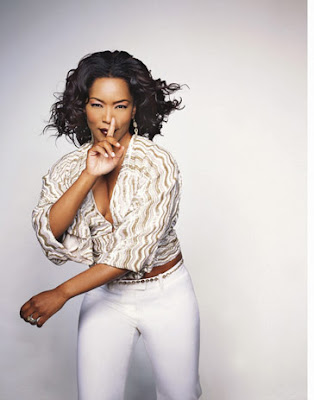 Though his agent initially didn’t think anyone would buy it, the script was snapped up by Universal five years ago. The studio then promptly excused Rance and brought in another writer. Rance was later recalled by Gold Circle Films and Lionsgate to be his own script doctor. (The other writer, C. Jay Cox, also gets billing credit.)

But by then, the black woman from North Carolina was a white woman from Miami, and voila, Fargo meets Baby Boom. Rance admits some disappointment at the turn of events, but he's a practical man. "When you start looking at who can open a film, the marketing, worldwide distribution etc., it makes sense," he says. "That’s not how I felt personally about it, but it shouldn’t be called show business but ‘business show.’"

It has been repeatedly noted that outside of Will Smith and maybe Murphy, no black actor—no, not even Denzel or the ubiquitous Samuel L. Jackson, and certainly no female black actress, even the exquisite Halle Berry—can open a film with the big box office bang that Hollywood now demands, and none can be counted on for the huge sales overseas that are now critical to a movie's success. Sure, it happens in buddy films (see: Chris Tucker with Jackie Chan). But by their lonesome? Not a chance.

"It wasn’t until Halle won the Oscar for ‘Monster’s Ball’," says Rance, "that I thought people were ready for a black female lead." Obviously, they are not. Even as actresses such as Taraji P. Henson (The Curious Case of Benjamin Button) and Viola Davis (Doubt) prove their mettle with Oscar nominations, albeit for supporting roles, the movie terrain remains uneven for black talent, particularly black female talent. At least during the Blaxploitation heyday, Tamara Dobson and Pam Grier got top billing.

Still counting goose bumps in the wake of the film’s well-received premiere in his hometown, Rance is hopeful that other black filmmakers would get more opportunities, whether they were culturally specific or not. "It does give me hope that the industry is becoming more open-minded," he says. But on the other hand, in the age of Obama, "the world is browning. Yet the images that we see are more conservative."
No comments:

CANADA - In 2007 Nimo Gulleid had an argument about Islam with a woman while waiting at a TTC bus stop, both women boarded the bus and minutes later the bus was pulled over by police. 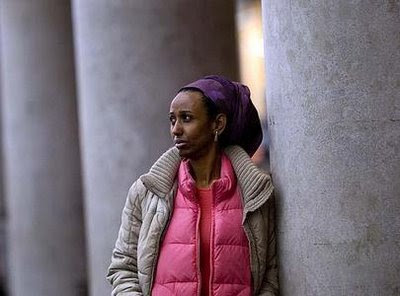 The police then approached Nimo Gulleid and demanded to see her gun. When Nimo explained she didn't have a gun, the police dragged the 37-year-old Canadian off the back entrance of the bus.

In front of dozens of witnesses they pushed her to the ground, searched her, physically assaulted her and dumped her purse contents on the grass. No gun was found.

The woman Gulleid had argued with earlier had told the TTC driver Gulleid was carrying a gun, who had radioed police and they had arrived in record time.

Even after determining she was not a threat, police handcuffed and arrested Gulleid and took her to St. Joseph's hospital for psychiatric evaluation. Hospital reports found Gulleid suffered "soft tissue injuries to her arms, neck and back" and she suffered from anxiety and stress.

The police then threatened Gulleid and warned her not to file a complaint against them. As a struggling mature student she didn't have the money to pursue a civil suit.

The police officers involved never even bothered to listen to her side of the story. Last month on February 19th, the Criminal Injuries Compensation Board awarded Gulleid $4,000 for pain and suffering.

"It was not about the money. I had so much anger about how I was treated unfairly, that I had to do something," says Gulleid. "The most painful component was it was by the people who were in a position of authority."

The board's decision found that "even when no gun was found on the Applicant the use of excessive force persisted." It also found that Gulleid was a "victim of a crime of assault." The board based its decision on Gulleid's testimony and hospital records from the March 2007 incident.

The 5 police officers involved in the incident had refused to share information, and are now claiming they never received a request for the info.

If Gulleid had been a white woman, would they still have searched and assaulted her? Probably not. The police thought she was a Muslim terrorist...

WHY DID THIS HAPPEN?

Disliking this idea of racial profiling, Gulleid had asked the woman, "So you think I carry a gun?"

After the two boarded the bus, the woman told the driver Gulleid had a gun and was going to shoot everyone. The bus driver, following protocol, called police.

The woman who made the false claim should have been arrested for mischief.