Women Prefer Feminine Men When on The Pill 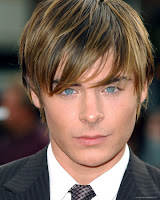 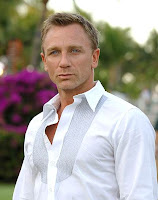 Those birth control pills taken daily by women around the world might leave husky, masculine types (Daniel Craig) by the wayside, in favor of feminine, boyish types like Zac Efron or Leonardo DiCaprio.

Women who take the birth control pill may be attracted to different types of men than those who do not suggests a new study published in Trends in Ecology and Evolution.

"When you're on the pill you may choose partners who are more feminine or with different features," says Alexandra Alvergne of the Department of Animal and Plant Sciences at the University of Sheffield, one of the study's co-authors.

At different points in their cycle, women are attracted to different types of men Alvergne says. When women ovulate, they prefer masculine men with symmetrical faces who seem most "genetically dissimilar" to them – in other words, men who will father strong, healthy offspring, at least according to women's animal instincts.

During the rest of the month, women look for something different: men for the long haul, who seem caring, more feminine and more similar to them genetically. 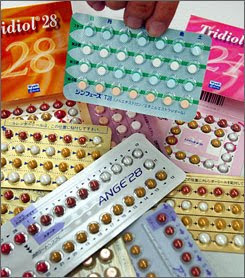 Upon reviewing seven recent studies, the researchers found that when women take birth control pills, and are not fertile, they are always attracted to the same type of guy – the more feminine one.

Whether this translates into mate choices remains unknown. But when two parents are too genetically similar it can affect the health of the offspring, or be more difficult to reproduce at all, and that may explain women's ovulation-time attraction to masculine characteristics. Also, when a woman meets a man while on the pill and then goes off it, it is possible that she could become less attracted to her partner and realize she craves someone a little more manly.

On the flip side, men also find non-ovulating women less attractive. In a study of lap dancers, the ovulating dancers earned $20 more per hour, on average.

According to the study, ovulation brings about physical changes in women that men pick up on, including changes in facial appearance, odour or voice pitch. As well, women may dress more provocatively or perceive themselves as more attractive when they are ovulating.

"For the same woman, if she takes the pill throughout all her cycles she's going to be less attractive on average than if she was off the pill," Alvergne says.